Showing posts from July, 2013
Show All

Right then, that time has finally come for me to amend the information on each of my social networking accounts, and goodness knows what else. That's right - I'm 19 now, hooray for me! The day came around really quickly to be honest, which is unusual, because it's fair to say that the two weeks or so leading up to it usually really drag. But I think the fact that I'd had a party planned for at least three weeks helped, because I was actually really looking forward to my birthday this year. Not because of presents, or cards, or anything like that. No. I had the privilege of spending my birthday in the company of a selection of the best people I'll ever know. (And if you've read my post about friends, you'll understand why I'm so happy about that.) So, I want to say thank you to everyone for coming, for bringing cards and wishing me a happy birthday. And you're all particularly great for sticking out the rain, you bunch of troopers, you! I really can
Post a comment
Read more

Rain, rain, go away - Some things happened that I thought I would share. 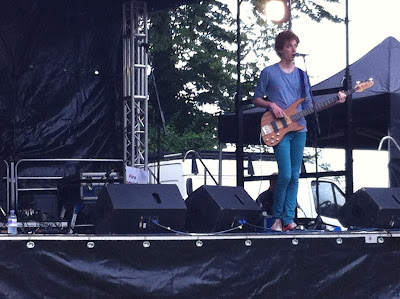 Last Saturday, me and one of my bandmates, Jack, played a small acoustic set of songs for a cancer research event we were invited to. The evening was a huge success, and there was a lot of money raised, which is definitely good, because cancer is bad, and the sooner we rid of it, the better. To be fair to Jack and myself, I'd say we played quite well considering we'd only practiced twice. But we managed to fill half an hour with some songs by Queen, The Beatles, Pink Floyd, and more, which I reckon were received rather well by the audience. And then! On the Sunday afterwards I played a gig at Newark Castle with Jack and my other bandmate, Lee. Apart from performances with various school bands, I've never played in public with any other band. We played both original songs, as well as covers, filling 45 minutes. And even though the weather seemed mostly okay in the morning, it started to rain a little as we ventured towards Newark, and then just as we went up on stage it got
Post a comment
Read more

Friends. Those we lose, and those we gain. 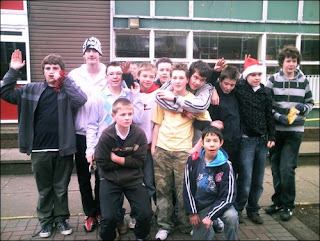 Okay, so I got really sad and emotional last night and The Lion King soundtrack really didn't help! But after everyone had gone to bed and fallen asleep I had this realisation. A sort of epiphany type thing. We lose a lot in life. And sure. I'm only eighteen. But through my own experiences and the experiences of others, I've realised that sadly, loss, well. It's a part of life that each and every one of us has to deal with at some point, in one way or another.  For example, we lose all kinds of things. Things such as family, and jobs, and bets. Weight, keys, minds, sometimes even hope, and a whole bunch of other stuff. But right now I want to talk about friends. And those of mine that I've lost. But also those of mine that I've gained.  Now I'm not being miserable. Please don't think for a second I'm trying to persuade you that everything in life is bad and you're only going to lose everything anyway so you should give up, because y
1 comment
Read more

So in just 24 hours my blog passed 100 views. Thanks guys. And I'm sure in terms of blogging that's rather a small amount, but I'm actually quite impressed with that. As a treat, I've decided to write you a little follow up to my previous (and only) post. So my oldest friend kindly informed me that I forgot to mention in my 'about me' that I'm ginger. Yes. It's true. Mock me, if you will. It's quite alright though. It's never bothered me. In fact I disliked my hair even more when it was black. So there. And, for those of you who are a little sceptical, here's a photo.  Told you. Slightly old photo from Disneyland Paris last year. I no longer have straight hair, but I do have straight teeth. Another thing that happened in these past few days was something rather important. Whilst it probably won't matter to anyone else, me and my girlfriend hit a sort of mini-milestone, if you will. It's been six whole months that we've
Post a comment
Read more

A little about me.

July 12, 2013
Firstly, welcome to my blog. And, yes. You can pretty much assume this will be the usual, quite typical first post of any new blogger.  It seems as though everybody has a blog these days, and whilst it's fair to say that's an exaggeration, it does seem as though most people I actually know have one. So, it feels as though it's time for me to get started. It's something I've wanted to do for a while now, and I'm talking years, so god only knows why it's taken me this long to get going. I guess it must be all this free time I now suddenly have, time that I'm still not used to. Who knows!   With a bit of luck, this should be fun, and exciting, and interesting, and expressive and everything else blogging is all about. We'll have to see, but I'm looking forward to keeping this going.   So you may or may not want to know a bit about me. To be quite honest, there isn't a great deal to know, but here goes: My name is Anthony Belcher. I'm pretty
1 comment
Read more